About senate guard being a disvion and the companies it should have.

I believe senate guard if it were to be a division should have 3 companies just like any other division one of them should be senate commandos, base should be just normal full robe with no visor and I have no idea what the third could be I put some photos below to reference the companies. Onto the company duties The normal senate guard would just have the base duty of protecting VIP/ officer ranks, CCs, Senate, ETC.Senate commandos should have the duty of going on the outside of a building that senate/ officers or VIPS are in and guarding it from external threats this would be the most elite senate guard if no other senate guard present they would do normal senate guard duty. maybe a more powerful blaster for them I have no idea for a third company. Reminder that this is just a idea. I know that this may lead to people losing interest in RG, you would need a way to separate RG from SG. I strongly believe that it would be a good idea to add SG to gain more activity and more members to join GAR/join back.
[I was only able to put one photo cause I just made account for forums] Photo could be what senate commandos could look like. 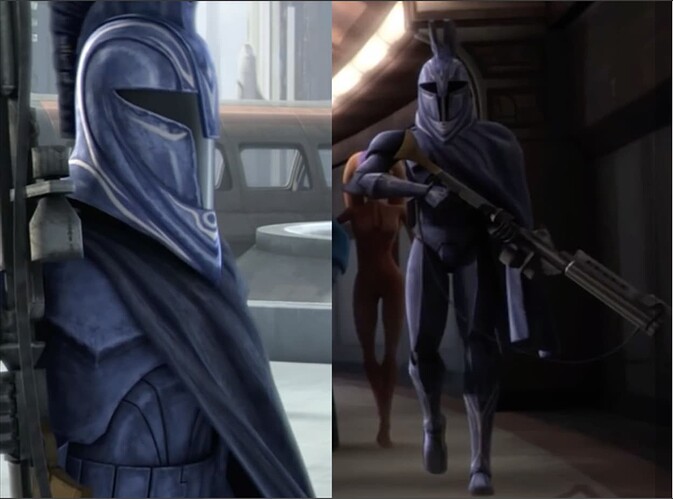 I do agree with some of your suggestions. Blue is their main color, but a little yellow included would be nice. And wouldn’t it be nice is only Sergeants and over would be able to join this division?

Yes I want it to be sergeant + but most likely won’t happen if this ever becomes a division.

I’m sured it will be not Sergeants+

Maybe corporal+. That should be good.