It would be in the same gamepass as the b1 raider but before going in as a b1 you can choose if you want to be a raider b1 or a republic/ allied b1. The allied would have blue paint almost all over it and would come with a cheap blaster. Something like that was in one of the clone wars series episode.

This would be for the people who want to play as the really good model the people made of the b1 but not get shot if seen by a clone. and can work with them

If it added, Im sure that only work if you are in gar group first.

The reprogrammed droids happened in 1 arc of the Clone Wars. I don’t think this is needed whatsoever.

Again, B1 is a raider morph not an ally morph. It’s meant and built to raid.

Mel, suck it up butter cup. It’s a good idea stop being a gar supporter.

I’m pretty sure he isn’t supporting GAR lol, he says that B1 shouldn’t work for GAR, meaning that he is not helping GAR

Although there are many different B1 droid who became a traitor, and joined the GAR or even became a lone bandit.
There are several of them, but they live in different eras. I’ll show you an example like this. 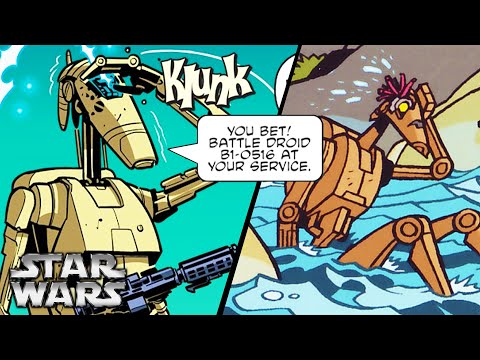