The reason why im suggesting this is because ive been seeing a lot of division patrols and GAR personal abusing this barrier and shooting us through it. I also want it removed so that it gives raiders more to raid.

There’s been so many topics on this, no need to bring it up again

Nah bro not until rainy balances his game

Why would you go to FOB in the first place. You would only go there to raid divisional events or SSUs. 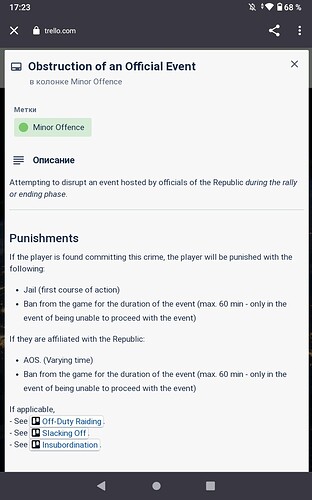 I can’t imagine what the raider exactly want? Just raid wherever he wants and go to Spawn killing.

Well, if this is a bug or problems, you could write in the bug section. I know it’s not fair.

By the way, I remind you there is no rule where it is forbidden to abuse the barrier or spawn protection, similar to the TSU rules.

No, right now they aren’t removing the barrier until the map update. And “abusing the barrier” isn’t our fault. You know the barrier is there, if you decide to open carry and shoot into a invisible wall then that’s your fault and your problem.

no, raiders shouldnt be in the fob, if thats a problem, its your problem, and regardless gar are shooting you through it, there is a statue, two pillars, the city area, and the areas above to stay at to avoid being shot, if you cant understand to use those, again, your problem

Bro, it was Rainylofi’s idea, that’s why they added a barrier without any scripts, like an immigrant barrier, probably a balance. But in the new map will remove all the barriers.