I have a fairly decent idea for a new division. You guys should add The Kamino Security Team to the game. Maybe you could even add Kamino to the game.

The Kamino Security Team was a unit of clone troopers that was under the command of Jedi General Shaak Ti during the Clone Wars. They were in charge of security on Kamino and tasked with patrolling and guarding the planet. 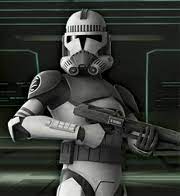 I thought those troopers were 104th but I guess not

Not enough details, we aren’t kamino.

The point of Kamino Guards are to guard the cloning facilities of Kamino.

We aren’t on Kamino.

We are on Coruscant, meaning it wouldn’t make sense or fit in.

Coruscant Guard is the same thing, but it fits in because the game takes place on Coruscant.