My Grand Army Of The Republic bans

Recently I have been banned almost everywhere in gar. People may ask what has this menace done to deserve these bans? Was it nsfw? Was it doxxing? Was it leak divisional docs? No actually it was many things that led up to this. Normally as a raider we are known to get banned for sk over raider wars gone wrong so after being banned for sk like about 10 or more times plus bans from fob raiding patrols and raiding the start of ssus it put some what of a record on me and other raiders. Adding on to that one day in the raiding community discord server I decided to spam ping former GAR HICOM Bulwark, after I basically woke him up he said I would be punished. Thinking it was only a week ban from the game and it being nothing much. Later on I went on the GAR discord after my ban in game passed because I barely go on the discord for GAR noticing I couldn’t see channels. I went on and thought it was just a glitch. About 6 months passed by the GAR community portal comes out and I start to wonder why I can’t see channels here also I ask around go to bed and notice once I wake up it was a community ban from the time I harassed Bulwark. Speaking about my other bans in RI public affairs I am known to be a bit of a troll. Almost every day I would go in the server and start asking the RI questions that would put them in uncomfortable positions it went to the point where I was kicked from public affairs 12 times after asking questions about Triplex, the divisional who AAed in the main gar server, UAVisoffline, Phoenixbonds and etc. One day after a agent did something really sketchy in the server I posted the RI distrack which led to my ban there ( Great song ngl). My last ban most recent and most stupid ban is my ban for doing a sexual pose on NotDispatch in game as a joke. I thought he would be cool with it cause he is known for hanging out with raiders but apparently he wasn’t. Lucky I managed to reduce it to a community ban instead of a game ban. Anyway those are all of my GAR bans XD 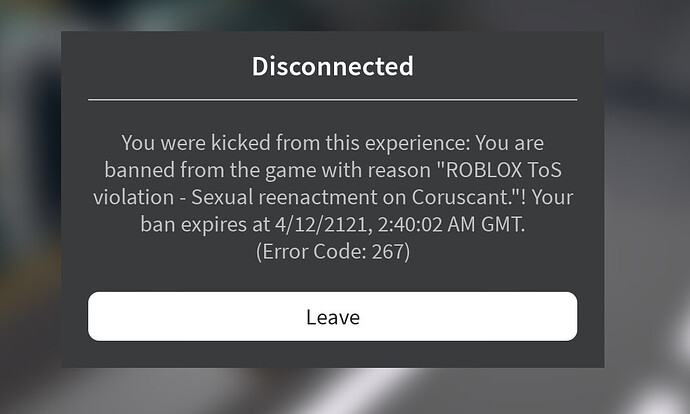 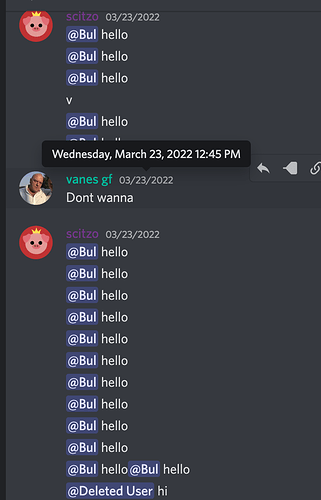 He did nothing wrong he is a good guy better than most raiders and kind. not toxic and wont break in game rules.

Wow is that all??? @UnknownUser

i also was banned from discord for "dm advertising. i sent an invite to the wrong person