The Republic Air Unit (not a definite name) is a new division of the GAR designed for aerial combat. The members of this division gain access to different ships depending on their company. In this description, I will list the companies and other positives to joining the RAU (again, not a definite name).

Blue Squadron: The most numerous of the RAU personnel are members of Blue Squadron, who pilot V-19 torrent starfighters. Their work is to use their numbers to their advantage to destroy any separatist air presence.

Gunship Pilots: Gunship pilots fly the largest of the RAU’s ships, the LAAT/i republic gunship. Their job is to transport large numbers of troops across vast areas for combat.

Shadow Squadron: The Shadow Squadron pilots Y-Wing bombers. Their job is to enact bombing raids on separatist ships and facilities. They are the most tight-nit out of all the companies, being that a Y-Wing will require 2 pilots.

Gold Squadron: Gold Squadron represents the highest combat capability of the RAU. They pilot the incredibly fast ARC-170 starfighters, and are the most often used in conjunction with raid parties of separatists.

The RAU will be a harder division to get into than most, as I don’t think the community would particularly like it if every game was covered in massive starfighters. This means that recruitment will be rare and difficult. In addition, a new section of the map, the republic air strip, will be created to house starfighters when not in use. I have already begun work on a helmet morph for the Phase II clone pilot, although it is likely not adequate for GAR’s needs. However, I believe this can open up a new and interesting part of the game, as this division will truly cement that for the republic, not even the sky is the limit! 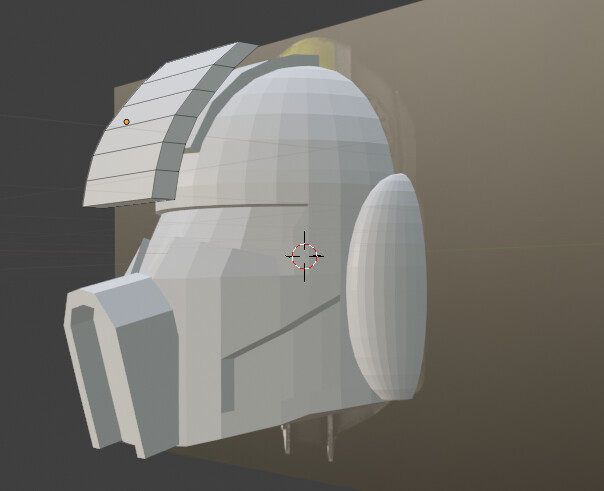 Coruscant is not built for massive air ships, at least not now.

First of all, I addressed that issue in the description. The division is going to be kept small as to prevent an overabundance of said ships. Second, the biggest ship is the AAT gunship, which is not going to be too big for the map. However, thank you for your concern. It further validated by own concerns about the division.

Do you mean the LAAT/i or the LAAT/c? Because the AAT is a CIS tank used in battles such as Naboo. The LAAT/i carries troopers into battle whereas the LAAT/c carries vehicles such as the AT-TE into battle.

This would be a cool edition though.

You’re right! I just remembered, it’s not called the AAT, it’s the LAAT… specifically the LAAT/i. Thank you! Ill edit that in the main description now!

Hate to crash the party, but it’s happening.

Was looking around when I found a (possibly) legit image of the new morphs in the works. Apparently there will be a new clone Pilot division, but then I realized that every division listed had a custom Pilot morph fitted for that division! Looks like a pilot Sub-Division is coming!! Ofc I could be wrong and look like a moron, but still. This looks SICK! New morphs? [unknown-89] [unknown-107] [unknown-78]

Better be after the new map is out

Darn! Oh well guess somebody else already thought of it…