I heard that the developers have added a barrier to the FOB.
What can I say about my opinion in the FOB barrier, although this can be said fairly, you simply forgot that the immigrant spawn also has a barrier and is protected from Rker, this is the same as the FOB spawn too. If you want the FOB to remove the barrier, but one condition may be to remove the barrier spawn immigrants. In general, the raider has the opportunity, as it were, to provoke a GAR and immediately return back to the immigrant spawn, and the same thing is repeated, this can be said unfairly.
This could be considered an “Abuse Safe Zone” it exists in TSU but not in GAR and it’s legal to do so but I don’t think so.

Share your opinions, but don’t get angry. I offer an alternative idea for everyone.

Yes, as I understand it, the developers will add a new map. But this is just a discussion.

And there is one alternative idea, let’s take an example in City-8, where the barrier works differently.
If you went out of the barrier and started shooting at the enemy, you get such an inscription spawn “you can not return” and 5 seconds, after 5 seconds you can return to spawn. 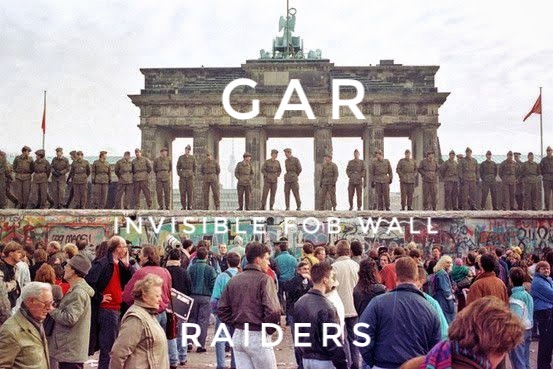 Hello again, we have already collected a few votes. I would suggest spreading your friends who is in the GAR, division, and also a raider, in order to collect a lot of votes, by the way, thanks for choosing such a vote.

I’d rather collect minimum vote rate is 50 votes so to speak and more votes, and then we’ll do the result.

To be fair, they can atleast a add laser doors that can somewhat be jammed by blaster and temporarily disable it.

Gar can just gaurd, the host can select gaurds to protect the SSU/Patrol, I mean raiders had a problem with getting jailed well it’s solved they added a wall.

Well, or change to look like a checkpoint in the FOB, where you can pass a gun check especially for immigrants and it has a gun detector, and take away all the weapons from him, after which the immigrants want to go out FOB, then we will refund back. Or in it the automatic takes away the weapon from him and the automatic return of the weapon, it’s so convenient, it seems to me.

We’ll get the new map soon… hopefully, till then they just need to wait.

raiders back in 2021 would agree with this but idk now