I propose to add Coruscant medical facilities in the new map.
If the immigrant went to the booth, then he automatically assigns a spawn point to the Hospital so that the same one would not constantly repeat, since GAR can make RK. What the hospital gives is treatment, checkup, first aid kits and you can even get a job as a doctor or something.
If an immigrant commits raiding, can send him to a criminal hospital, this is called the Black Sun’s clinic, or automatically removes the hospital spawn.
GAR can also have their own hospital such as: Grand Republic Medical Facility, Jedi Temple medical bay (Halls of Healing, Healing Crystal room), Galactic Senate Medcenter. And the secret laboratory it’s called “Darth Maladi’s laboratory” was a room inside the former Jedi Temple.

If you are an immigrant, you want to get a job as a doctor, after that you get a job with your weapons, everything will be removed because it is forbidden to use weapons in the hospital, this is a safe zone. The medic can authorize the patient (A medic can only take one patient, the higher the skill, he has the ability to take on multiple patients.) so that that person cannot commit RK, if he tries to shoot at an authorized patient, he is thrown out to the hospital, and he will not be able to return to the hospital, he is given about 5 minutes after 5 minutes he can return to the hospital. The Medic cannot authorize the raider because he has the KoS/AoS tag. Authorization the patient will go outside, his authorization will be lost.

As for the GAR, there are several of them such as the military medic, the Jedi medic is called Medical Corps, Coruscant Health Administration.
You already know the military medic, they just heal their own, and the rest, and they can still use weapons.
the Jedi medic (Medical Corps)
The Medical Corps (or MedCorps) was one of the four branches of the Service Corps of the Jedi Order. Along with the Educational Corps, the MedCorps was one of the smallest parts of the larger Service Corps due to the already widespread teaching of the healing arts.
The Coruscant Health Administration
The Coruscant Health Administration (CHA), also known as Coruscant Health or Coruscant Health Office, was an organization within the Galactic Republic that was responsible for the health care of Coruscant’s citizens. The agency was also responsible for running medcenters on Coruscant. Coruscant Health Officials were in charge of issuing warnings and analysis of disease, enacting quarantines, and giving vaccinations.
For a raider, they can be doctors, but it is more illegal, he can treat a patient in an illegal clinic, he is given the opportunity to develop some illegal things that are forbidden to be used in a civilian hospital, and all that. But GAR cannot get into such a hospital because he does not have access and this is for a raider, a neutral immigrant.
I’m thinking how about adding the Medical Academy of Coruscant?
It gives you the opportunity to learn several important things, the skill can be improved, there is a chance to become a military medic or a Jedi medic, but that’s another story.

The Grand Republic Medical Facility, also known as the Grand Medical Facility, was a towering medcenter located on Coruscant, the capital planet of the Galactic Republic. During the Clone Wars, the facility was used as a hospital to treat badly injured Republic Military personnel. In addition, the facility treated patients from across the galaxy. One such patient was the Sith Lord Darth Vader, who required cybernetic as a result of the reconstruction injuries he sustained on Mustafar. Darth Sidious, the secret persona of Supreme Chancellor Sheev Palpatine, used the facility as his retreat prior to proclaiming himself Galactic Emperor. 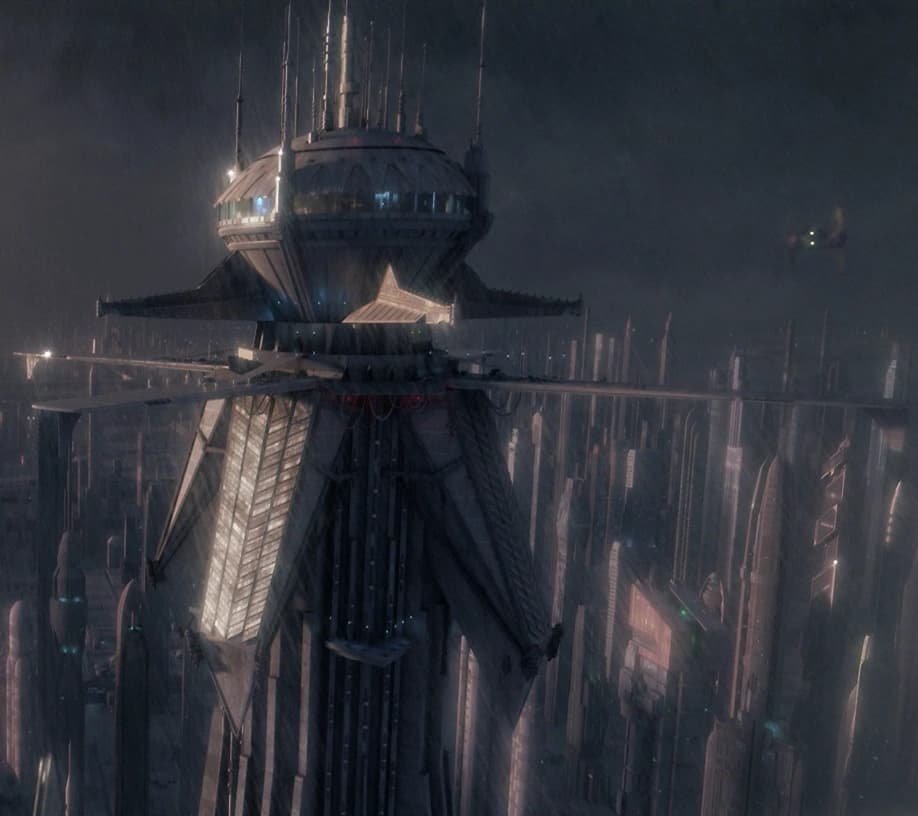 image1000×425 67.5 KB
The Halls of Healing were an expansive wing of the Coruscant Jedi Temple. Located within the southwest quarter of the complex, the Halls were the center of healing and renewal of life for wounded members of the Jedi Order. The Medical Corps maintained an infirmary within the Halls, composed of more than a hundred of the best bacta tanks in the galaxy
Healing Crystal room
The Healing Crystal room was a special therapy room located in the Halls of Healing at the Jedi Temple on Coruscant. This small, dimly-lit chamber was home to the Healing Crystals of Fire, one of the Jedi Order’s greatest treasures

The Galactic Senate Medcenter, also called the Senate Hospital or the Galactic Center Medcenter, was a medical facility located several stories below the Senate Building and Senate Plaza in the Senate District of Coruscant.

The Republic Central Medcenter was a medcenter located on the planet Coruscant, the capital of the Galactic Republic. It saw use by the Republic as a dirtside treatment center for their Grand Army’s injured clone troopers during the Clone Wars against the Confederacy of Independent Systems. 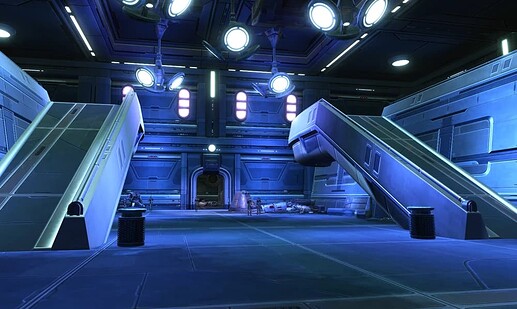 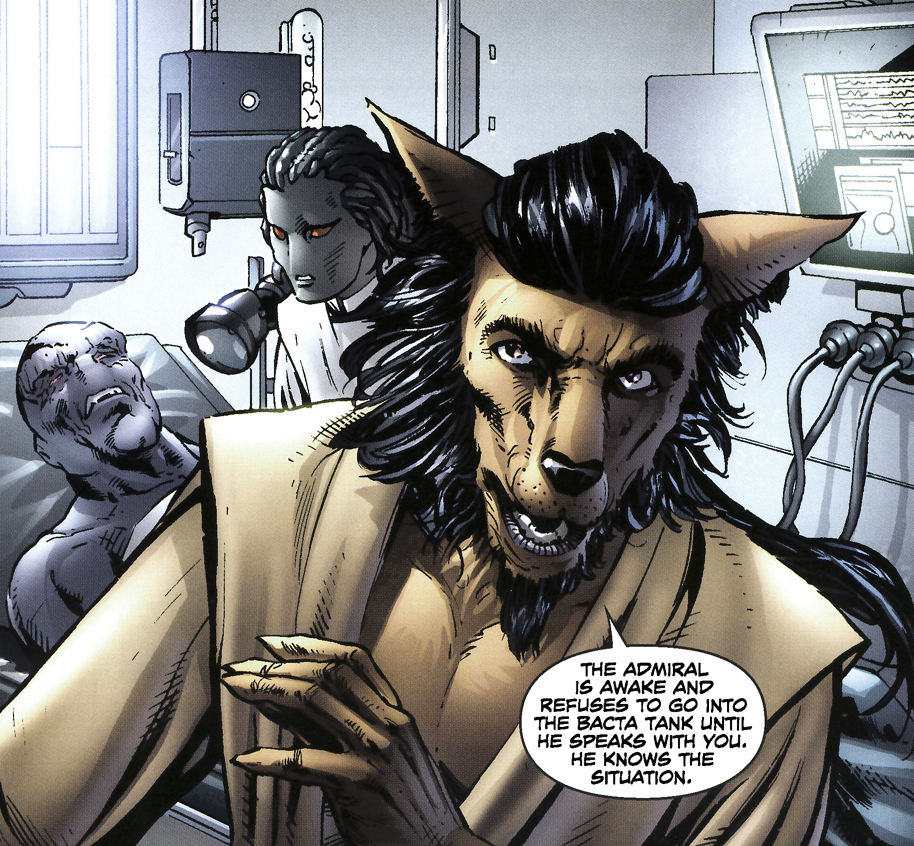 Category for medical facilities across the galaxy.

Coruscant Health Administration The Coruscant Health Office was a government agency on the planet Coruscant that controlled outbreaks of epidemics at the spaceportsof Coruscant. I suggest adding an event called “Contagion and Infection”. A criminal scientist who makes infections and can make all sorts of biological and chemical weapons to threaten the planets of Coruscant. There are a lot of infections, biological and chemical weapons, and there may be natural infections. When they have alre…

Diseases and maladies I suggest adding diseases and maladies, as I promised to do the second part of the suggestion. It’s not a simple infestation, but it can damage your character’s stats, it looks like the real thing, and you’ll require hospital treatment, and it depends what kind of infestation you might have. This should have 3 types: Safe This infection is not the most dangerous, it does not just kill, but slowly spreads the infection through your body, and you get symptoms, and you …