first, a specialist spoke to me with incorrect vocabulary and, he did not follow the orders that he gave him and even said that we were the same when I am a master sergeant… later, I ended up killing him for doing what he should not do and speaking badly to me… Later He came back and with the other trooper who was there, he said that I had abused and that they had reported me to an admin and then he killed me. one of the captures that I show you appears shooting… then fly and with the heavy trooper who supports him and keeps talking bad to me… I hope this is enough, it’s just screenshots but at least you’ll see how it shoots at me and I think it’s enough. Thank you for your time 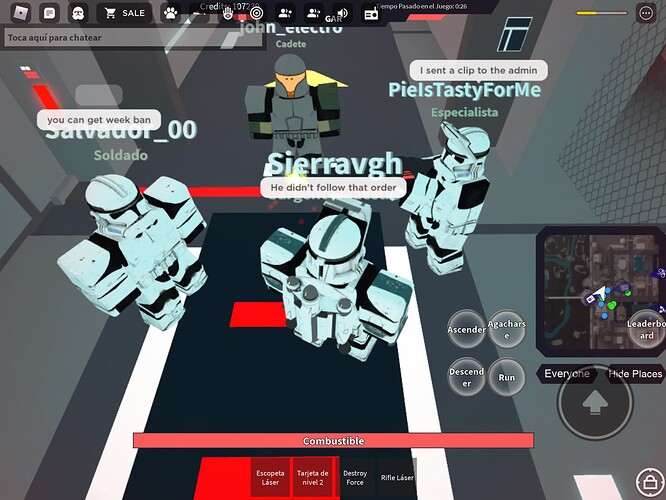 ( Attach any materials which would prove the player has abused )

The proof you have provided does not show any crime being committed.