[CLOSED] Clone Trooper straight up r*ped me in game

I was new to the game, only joining today, when a clone trooper called Mascal78 came in to my apartment and asked if we could “do it”. Then he clarified that he meant “aah aah” (sex) so I said no and ran, he responded to that by shooting me and threatening to kill me if I didn’t comply. I tried calling for help but nobody answered and he was following me everywhere, so I gave in, I shouldn’t have, but I wanted him gone. He lead me back to my apartment and the following screenshot happened, he was running back and forth into my character, another trooper joined in from behind. I let him come with us hoping that he would stop Mascal78, but he joined him instead. Please deal with these clones. 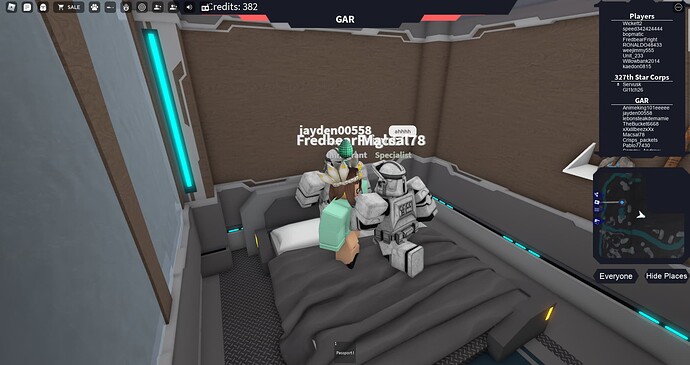 Please send full video. I think it would be much clearer this way for the mods to see this. Video evidence is usually required.

Thank you for your report, though due to insufficient evidence, the report has been denied. If you’re reporting an individual(s), please ensure you read the below information;

Please ensure that next time you’re reporting an issue with appropriate evidence - the above report would’ve been accepted if the users were directly performing sexual actions within Coruscant.