There is a player named KFCNuggetBoi2 that looks like he hacking. While his body is sorta caught in the electric fences the “Neck” of the player appears to be running around. 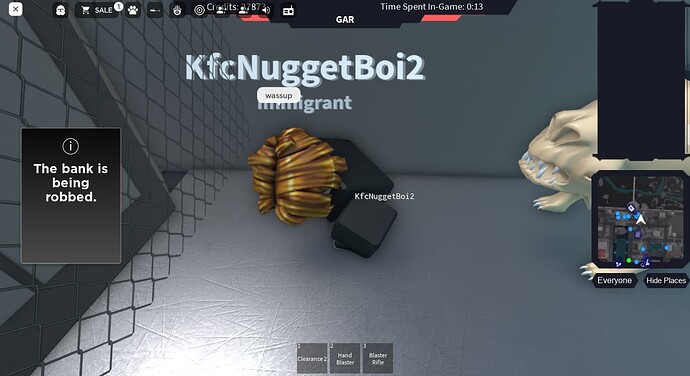 Thank you for your report, though the user isn’t directly exploiting (not affecting the experience) so the individual isn’t able to be removed from Coruscant; if you experience anything alike the above within the near future, don’t hesitate to submit report.