Clone uniforms in the training outpost

It would be nice if in the training outpost we used the classic uniforms that the clones wear on the fireplace instead of the armor (see in the image below). On kamino in the moments of training the clones used the uniforms from “out of service” and therefore I thought it would be nice if every time you enter the training outpost you had these uniforms instead of the armor 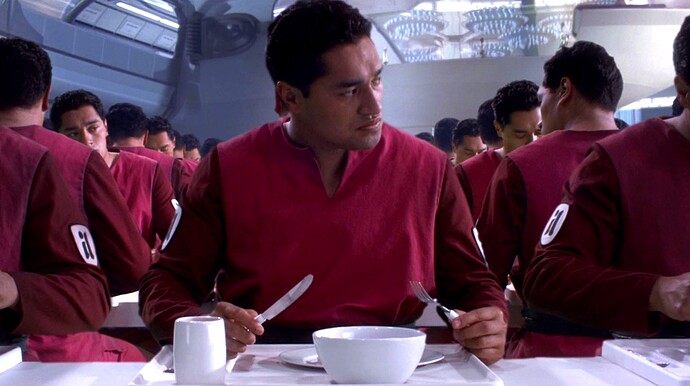 That’s a cool idea, however even though it’s very similar to the lore it’d be hard to identify people.

Idea: maybe everyone could have a tag with their name on the uniform

The training outpost in GAR is on the destroyer, not on Kamino. If they do add a Kamino training map and if they’re interested about the lore they may add it.

No matter where is training outpost. Idea is super nice.

Pretty good for formal uniform for certain location.(Plz give me a like).

As seen in clone wars, the clones wore the uniform in the moments of pause on the star destroyers

I don’t remember the exact number and now I don’t have a device to look closely at. Anyway it is the episode in which the little boba fett goes in the star destroyer with the other cadets. All cadets had uniform ones

Oh I remember that, that’s for only clone cadets, the rest of them were wearing armour.

Those are Cadet-On-Trial uniforms. Maybe they could give the uniforms division labels? I think that would fit well.

Or just keep our armor.

It is very likely that the training outpost will become kamino. With the new map there will be many updates (as you can see Rainy posted a photo of a new training outpost)

They were not sergeants, they were still cadets in training.

in kamino the sergeants also wear those uniforms

That’s when they come for retraining.