Greetings, I propose to improve the Bounty, since the opportunity is small. What I propose to add is to order a Bounty Hunter to assassinate, catch, smuggler and you can even become a member of “Bounty Hunter” this is similar to what I suggested about the “Mercenary Organization”. We already know we have The Mandalorians but it’s still a Gamepass.
In the case of becoming a member of the “Bounty Hunter”, you need to get into the Bounty Hunters’ Guild. After which you got a job then the client to gives you a task to make an assassin, catch or smuggle, you complete the task, you get vacancies and it must have a level. What, in fact, the level of Bounty Hunter gives you the opportunity to unlock new things, weapons, skins, accessories, salary increases and all that.

The Bounty Hunters’ Guild was an ancient institution that regulated the bounty-hunting trade. It was led by a guildmaster who held members to the Bounty Hunters’ Creed, the unwritten rules of the bounty hunters. Its rules were the laws that kept bounty hunters together, but the guild was full of loose cannons, who would often break the rules for their own benefit. The guild was more a coalition of the professionals than a proper organization, and rivalries between its houses were a common occurrence. The bounty hunters who joined the guild had the benefit of notifications of bounty postings before they were broadcast through official channels, which gave guild members a head start.

Bounty hunters primarily worked to capture or kill fugitives and others with a bounty on their head. As mercenaries, they were also known to do other jobs for the right price, including the protection of clients. The most infamous bounty hunters were clever, resourceful, and relentless, making them very dangerous to those with wealthy enemies. 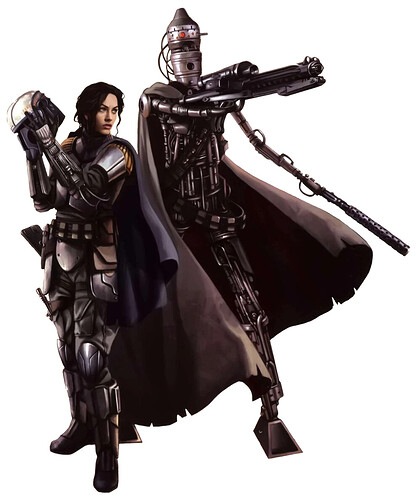 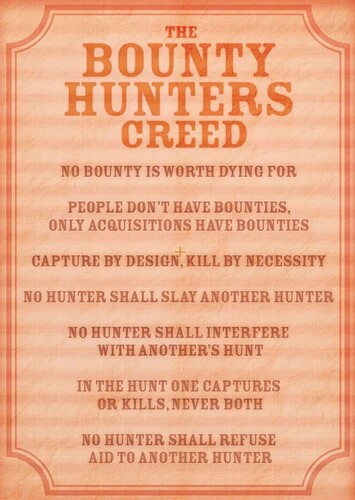 image814×1145 82.8 KB
NO Bounty Is Worth Dying For
This rule emphasized that, no matter how great a reward, a hunter should never take any undue risks to his or her life in order to make a capture. They should also consider how much of a risk whichever bounty was going to be and to plan accordingly. (Of course, how much effort a hunter had put into pursuing a quarry, how great the reward, and if was worth the risk were all open to interpretation in the middle of a hunt.) A reward, even if enormous, could not be spent if a hunter was dead.

People Don’t Have Bounties, Only Acquisitions Have Bounties.
This single, cardinal rule, more than any other, defined the way in which bounty hunters approached their chosen profession. It reflected the idea that sapient beings, to some degree, must be accorded respect. If, however, an individual had a bounty placed on them, he or she ceased to be an individual with rights. No longer a member of the galactic community, the “acquisition” became fair game. Tears should never be shed over the fate of someone that was, after all, only an “acquisition.”

Capture By Design, Kill By Necessity.
In keeping with the loosely defined hunter code of ethics, killing was sometimes necessary. That was business, pure and simple. However, unnecessary killing was still murder. The hunter, unless otherwise directed by those leveling the bounty, must attempt to deliver the acquisition alive. Often, those leveling the bounty had a vested interest in a live target — and the target might have been better off getting killed by the hunter.

No Hunter Shall Slay Another Hunter
Simply put, whatever their origin, bounty hunters saw themselves as a special breed. They took their lives (and those of others) into their hands each time they hunted. One may agree with another hunter’s motives or insult them for the manner in which they carried out their hunts, but no bounty hunter would ever take up arms against a fellow hunter. This law applied only to hunters who followed the creed, not to those who had a bounty posted on their head becoming merely acquisitions. In such cases, the ex-hunter was no longer seen as a member of the common fellowship and old scores could now be settled with impunity.

No Hunter Shall Interfere With Another’s Hunt.
While it was not unheard of for hunters to work as a team, the hunt for a given acquisition was most often seen as a form of personal duel between two sapient creatures. In such a deal, the hunter matched skill and courage against all the resources one’s opponent could bring to bear. If the hunter won, it was a personal triumph denoting superior skill and intellect, and not simply a question of luck. To interfere with another’s hunt, unless first invited, was to leave the question of “who is better” open and, perhaps forever, unresolved. Of course, competition between hunters was often fierce and there was often a very thin line between “competition” and “interference”. This being true, while a hunter was constrained against taking direct action against another hunter, there was nothing to constrain a hunter from hiring others to do the dirty work. Of course, if such an action, successful or not, could be traced back to the original perpetrator, serious consequences inevitably followed.

In the Hunt, One Captures or Kills, Never Both.
In cases where the acquisition had been taken alive, that “choice” could not be altered. To kill an acquisition in the course of the hunt was one thing, but to purposely kill an unarmed, helpless being already subdued and unable to resist was seen as simple slaughter and wanton butchery. An acquisition “killed while attempting to escape” however, would be an entirely different matter altogether.

No Hunter Shall Refuse Aid to Another Hunter.
While no hunter had the right to interfere with another’s hunt, there came times when even the best of master hunters required assistance. In extreme cases, any hunter could have asked for and expected aid and assistance from another hunter, even if it meant that the latter must temporarily suspend his or her own hunt in the meantime to render such aid. Whatever personal grievances or animosities that would be involved between the two parties, it is known and understood that hunters took care of their own. Of course, such assistance was not without its price tag, and the arbitration of payment after the fact could often put a substantial dent in any expected profit.

The Republic Peace-Keeping Certificate (or RPKC) was issued by the Republic Office of Criminal Investigations to beings who intended to hunt bounties. It was frequently known as the bounty hunter’s “license to operate”.
The RPKC was conceived by the Bounty Hunters’ Guild to prevent amateurs getting in the way of their business. It proved the holder was entitled to hunt bounties and receive full payment upon completion. It required a one-time 1,000 credit fee, payable to any government licensing bureau. Anyone who delivered a bounty without this permit was only eligible for half the listed reward.

A B23-1-14 permit was required to be submitted when collecting a bounty. Submission of a valid permit enabled a bounty hunter to collect all local, system, sector, and regional bounties as reward for a successful hunt.

A death mark could be placed on someone that somebody else wanted to be hunted down and killed by a bounty hunter. 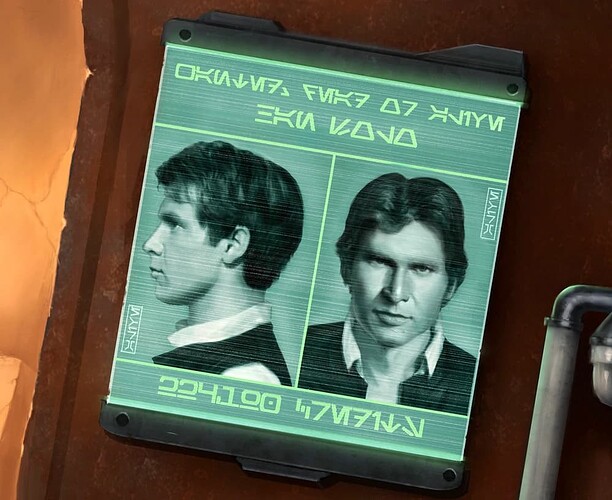 I propose to add such that Bounty Hunter could use Holopuck.
A holopuck, also known as a holographic puck, or referred to as a bounty puck, was a small, simple holographic device utilized by the Bounty Hunters’ Guild that identified a quarry each. Holopucks listed the details of a bounty: the amount of credits offered, the circumstances (or crimes) that warranted the bounty, the operational jurisdiction allowed for pursuit, and the specific conditions required to collect. 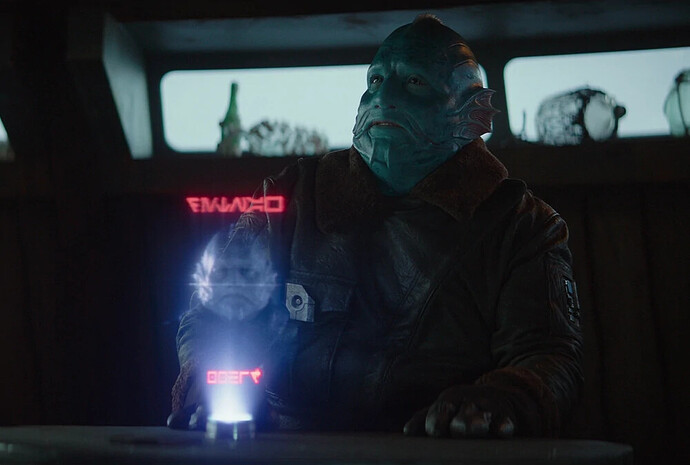 I know that we have that, I suggest that it would look interesting if you go to the Bounty Hunters’ Guild there are a lot of interesting things. 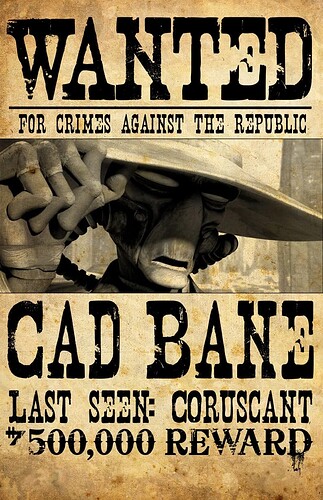 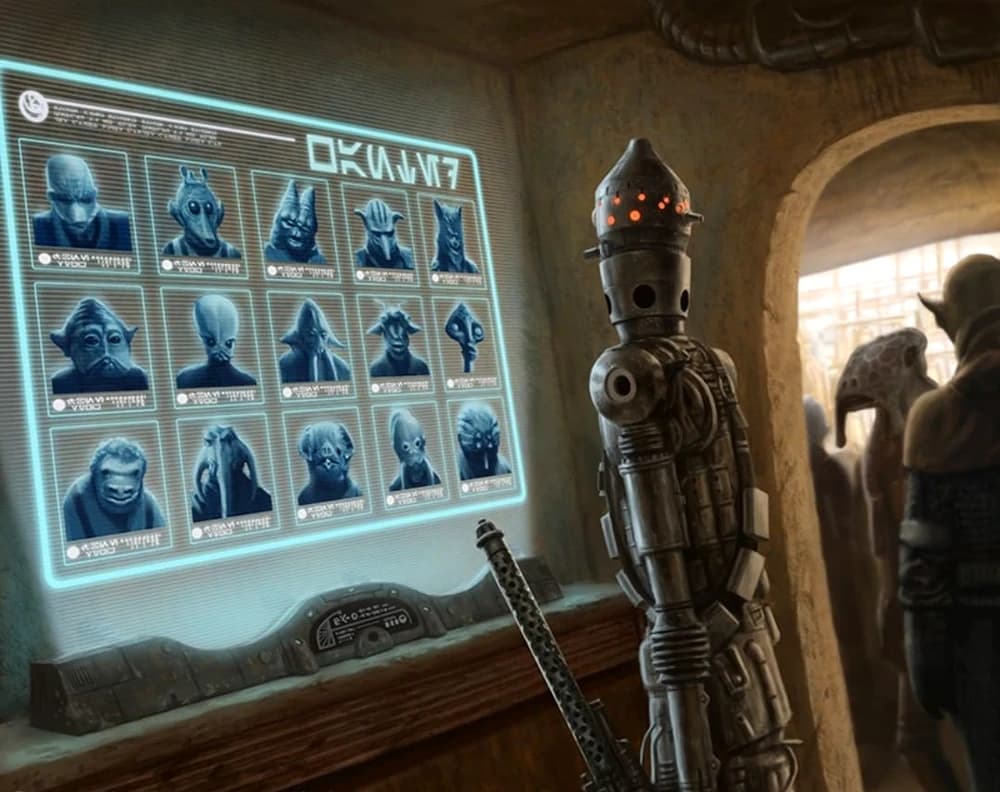 image1000×792 84.1 KB
There, the reward can be different, such as money, power (I suggest adding getting power if those who serve in the GAR, it is an interesting activity to hunt for some important criminal, and officers can also order any, but most importantly, it would be an important person who committed serious a crime.)

The topic is related to the Mercenary Organization.

Mercenary Organization I would like to suggest adding such an opportunity so that a person can get a job in such professions and occupation There are several type: Free and Gamepass (Improvement opportunity, and more) similar to mafia TSU. What gives you the opportunity: create your own Mercenary organization, gives you a equipment, a rank, morphs, and also a client can hire you as assassinations, protection, transportation of important cargo, or captures of a person, and so on. It should be …

Let me remind you that these are just suggestions, I know that Rainylofi was talking about what kind of profession but in the last words he said "If you want to provide feedback on any of my plans above, please use the suggestions section on the forum"

Kinda similar to Battleground, where developer also have a bounty hunter guild groups.

Sounds really cool where there would be this coordinated movement of bounty hunters going for one person, Rainy should really add this

The whole theme of the game is based around raiders vs gar though. So somehow, bounty hunter either only affiliated with seperatist/raiders, or neutral to both side for profits.

By the way, another interesting thing in it should be several professions related to the Bounty Hunter: It can be a Jedi Hunter, Assassin robots where you can control such worm drones, and senator can order an assassin, he looks like a Bounty Hunter, but more secretly, there are many something interesting.

General grievous, cad bane, boba fett, bossk, these are the options for jedi killer, atleast… can also include Embo, the guy with cool martial arts.

Good idea yes, instead of having our current goofy idiotic raiders who have little to no rule this can bring some order and organization into the raiding community which gives them a somewhat competitive edge. Maybe the bounty hunters listed above can be guild leaders and I’m sure some of the raiding community would like to take up in this project hopefully renaming whatever “TCS” into some actual guild in SW genre.

I’m thinking how about changing the KoS/AoS tag to Criminal, Wanted from both GTA and a couple of Roblox games related to wanted. But we don’t touch the raiders group, we’ll leave it as it was, and maybe I’ll suggest something about adding an official raider, this is CiS and Crime Syndicates.

Bounty hunters will always attack other hunters for money. They care only for money

Well, maybe if they get the Death Mark, that’s the thing, if a Bounty Hunter refuses to kill or refuses to work (Refuses complete deal) and betray, then other bounty hunters can hunt traitors.