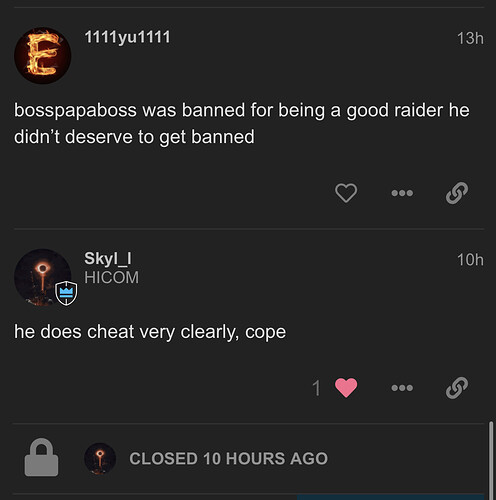 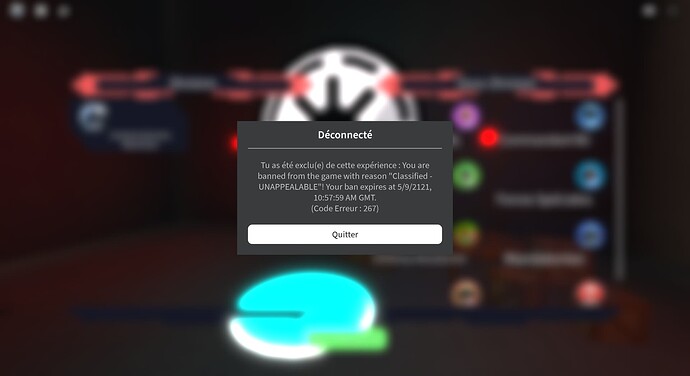 You have NO evidence, ANYWHERE, I dare you to show us some!!! You are a big mouth that spread false things on people, we all know you are part of the corrupt HiCOM’s in this game, you are also actually a noob and …not even worth it

Also yes, its a ban that speaks from itself, its not even saying exploiting on it and hey, boss is a cheater… again, no fucking proofs, you can’t just handle people better then you that’s the truth and the only truth there is.

Why does every forum post have to be an argument…

There is no proof so you can say what ever you want man but the facts will remain like all the others, NO proof what so ever on me!

First of, grow up with the age thing, I think your life must be sad to pick on people like that for like an age thing, btw, did you know I was not the oldest guy playing on Roblox or Coruscant? …hm bet not and even if you seem to still not understand, I mostly dev on Roblox yk, well no bet you don’t cuz you still think i am just playing … well no, in fact I lve very well out of Deving on Roblox, you would be surprised to know how many people of my age are creating games like this for kids like you, without us, Roblox would be alot less untertaining with poorly developed games.

Also another ALT, nha, I am done with this game and community, The game is dead as f, don’t tell me it isn’t, barely reaches 200 players, a game that is healthy has over 2K and over num of players playing all the time, the game even reaches 60 players so, hey, I will just let them keep on killing the game and banning everyone, they for most of them some Admin abusers that like to constantly ban people and then get people beg them and beg them more to unban them, Lolllllll Fr fr…imagine…The owner isnt the smartest person as well, not even seeing that his Admis are just destroying his game and making him more and more unpopular and poor…

I get you’re angry that you were banned for cheating. Just so you know, I don’t give 2 living shits about what you think of GAR or anybody, but you cheated and you face the consequences it’s simple as that. Where’s the evidence? I don’t think I need to repeat the same fucking thing over and over again, it’s not fucking hard at fucking all so how about you just learn to cope and shut up, just so you know after this I won’t bother looking at this post so don’t ever think your responses will warrant a sheer bit of my attention. Now, kindly fuck off.

Lollll still waiting for some facts and proofs, where are they

He is a cheater, he has been logged several times on futuretops for aimbot 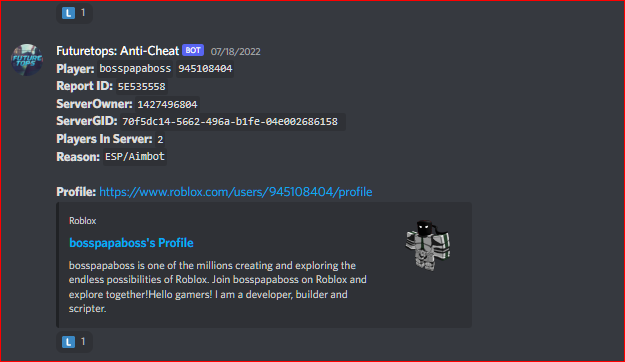