Add a sniper division in GAR

The original post was deleted from the website transition, I don’t remember everything, it was my best suggestion, and I want this to be seen again. So lets try this again, shall we?

I think Coruscant needs a sniper division. I don’t care if it isn’t part of the cannon or fandom or whatever, I think it would be a good idea to have one. Also I want it to be its own division, so no “Sniper Company” in another division or something like that. The division should be called the Sharpshooter Corps because sniper.

Ranks are important, so here are the ranks that should be added in the group. The company names can be changed, but I think at least 3 of them would be nice.

Company officer ranks like “Company Lieutenant” or “Company Sergeant” will be internal ranks, so they don’t have their own morph or tag ingame. And if I see a company turn into a guarding company, I am literally going to commit extreme espionage.

I think the morphs should be all in black or dark grey, so they will be harder to see from a distance. Every morph will look a little bit different from each other.

The Sharpshooter Corps should get some basic equipment like a clearance 2 card and a blaster rifle. They will also get a sniper rifle like the one in the gamepass shop. Every company will get these 3 basic items, none of them need anything extra. No forcefields!

The Sharpshooter Corps need events to stay active, so here are some I suggest:

There will probably be more events for certain companies, but these are the basic ones.

Okay guys so I can’t think of anything else to add, but this is probably detailed enough. Tell me if I should add anything else to this suggestion before the forums won’t let me edit this topic anymore.

No, one of the few things that makes the mando special is the sniper, this will just ruin it.

The Mandalorian morph is a raider morph, so the sniper division will be a good people morph. Also most of the other divisions have no special purpose, and this one will.

Plenty of divisions have special purposes, RG, CG, BARC, (41st, RG and RC have force fields) Several division companies are getting jump packs while others have medi guns.

I belive the division for this shall be called Clone Sharpshooter. 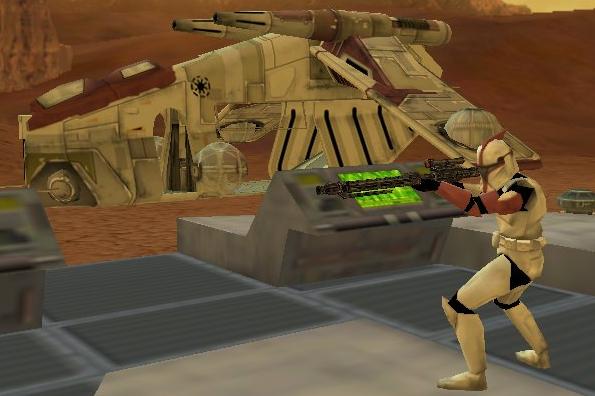 One shot, one kill.Anonymous clone sniper Clone snipers, also known as clone sharpshooters, were a specialized variant of clone troopers who served in the Grand Army of the Republic during the Clone Wars. Unlike the snipers in any traditional army,...

I have to be honest by saying that I really like this idea! It would be very convenient for a sniper company to help us against the raiders who possess this weapon. Just the other day I will have been sniped at least 10 times. You have my vote

Just a tip: to get high in buildings you definitely need a Jetpack. In some you get there well even with the parcour, but a Jetpack would make the company more agile in moving. Maybe you could qualify the Jetpack to join the High Tigh Company

You shouldn’t need a gamepass to be in a company. For the current map, it is possible to get onto some buildings without the jetpack, though people with jetpacks would like to join that company.

A division which specialises in long range combat, do I like it?
Yes I do, it will definitely be a different division like BARC which is unique in its specification.