Making a sidecar for 91st speeders so 91st can carry around people and drop them off at like bank or other locations and carry them to attack raiders more easily.

no, 91st dont need to be a taxi service

Nothing in the game “needs to be.” I like this idea. It’s a QOL change, and doesn’t affect balance/gameplay too much.

91st isnt meant to be a literal taxi service

This is literally so unnecessary, there is no need for this.

They are meant to be a company who’s unique perk is speeders and managing roads and their laws. Makes sense that a “taxi service”, if you chose to phrase it that way (I would much rather think of it as a way of bringing a secondary trooper with them to get to raiders faster), belongs in that category.

Again, they are NOT a taxi service.
They are meant to be a recon force, not to carry troopers everywhere with them.
Besides you should be able to rent speeders in the revamp if you want to get a speeder ride.

considering that EVERY 91st gets immediate access to speeders, this idea isnt plausible

but there is the possibly that speeders are going to get a shop for them again (as they were going to in the previous ‘new map’), i feel it is more preferable that a multi-seat speeder can be bought there, since there are already a lot of existing type of speeders that can be chosen and modelled from

To be clear: No BARC speeders were meant to be used as taxis. I agree. However, we’ve seen multiple times that sidecars exist for them, AGAIN not for taxi purposes. Doesn’t matter what you think they should and shouldn’t be. Sidecar speeders exist.

Well i do understand, i never thought as a taxi service and more of a extra defensive for gar.

But they could be used as a taxi in retrospect

There is a speeder with a sidecar, but the fact is that this is a part only for the BARC division uses the BARC speeder, but not the end there are several options such as a two-person, command vehicle, transporting a wounded soldier, and of course a sidecar. As far as I know they are planning to add a speeder for GAR only a regular one, similar to the BARC speeder model. 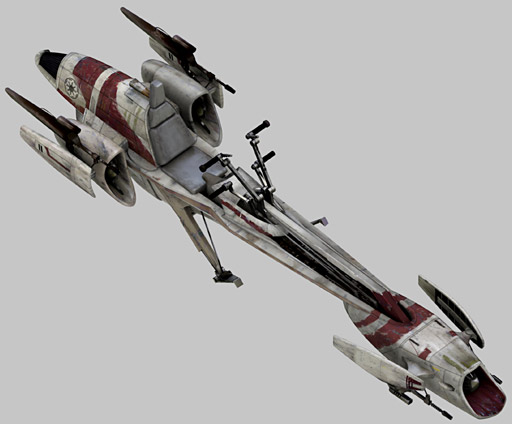 The Biker Advanced Recon Commando (BARC) speeder was a powerful speeder bike model used by the Grand Army of the Republic as a reconnaissance craft during the Clone Wars. It was manufactured by Aratech Repulsor Company. A civilian variant, Police...