187th morph overhaul + some other thingies

Make the new morphs, if they actually make new ones, have a complete overhaul of what the trooper one looks like. (and im talking about GAR trooper, this is what every div has)

Wraith: Have some marks on it indicating it’s been through a lot of battle, which can be scratches, really small bits missing (not that it reveals body parts), and some other stuff to actually help represent what it does. This could prob be toggle-able, naming the setting “Worn” when activated adds all these attributes I stated. And when it’s deactivated it just looks like it’s original form. Also give it a different helmet, like a gas mask or something else then a trooper helmet.

Airborne: Give some indication that this is a support company, ofc airborne is already known for being a support class. However you can only make this more clear by giving a clean appearance. What I mean is that it doesn’t have those dirt marks and instead a sort-of-smooth appearance, no scratches, no dirt, although don’t make it shine when you point the sun at it.

Magenta: add the scarf back, idk how to explain this but give some indication that this is a person/trooper that you shouldn’t talk to. I argued before that the wraith uniform could very well be the Magenta’s. However some argued that it’s just a dark trooper, which I agree with. However we could have this dark morph with some attributes like the Red Guard, don’t straight up copy it, but add a robe that runs along the shoulder or whatever. This might be biased considering I am Magenta, but I’ve seen other use robes as a sort of sign of loyalty/royalty or whatever, showing they are dedicated to something, which in this case would be the HiCom. Now I’m not saying that the other groups use robes to indicate and so we should too, but we literally are GAR specialists with a 187th layer, like get original smh.

Trooper: something that isn’t a GAR trooper with a 187th layer, it’s unoriginal as hell. add some marks on it(and this should go for all of the morphs, airborne a bit less) that they’ve been in battle, we’re a anti-raid kinda division so in order to give that wild fantasy out of no-where up, make it so it has some scratches here and there, simular to Wraith except they got more. (Read Wraith to understand obv)

I know some may not agree or whatever, but at least get original with these morphs. This isn’t just for 187th, this goes for all of the morphs that are rushed and made as if you folded a paper. Now not all of the companies have the same thing. But add some original and unique attributes to each, that another company doesn’t have. Let’s use RG has a example, they have a huge robe that covers their entire body, no other division will have that same robe because that doesn’t suit them. Magenta may have a small robe that runs along their shoulder, so no other division will have that small robe.

to put it simple, get original

Why would they remake all the 187th morphs, they literally just did that?

Also,
There is weathering on the armor already.
Every single divisional trooper morph is literally just a trooper morph with paint.

If you haven’t seen, morphs have been made/released already. 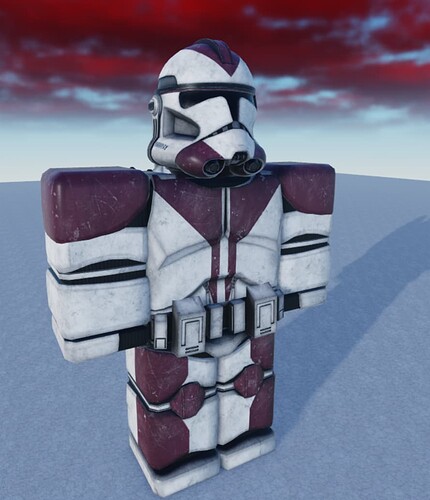 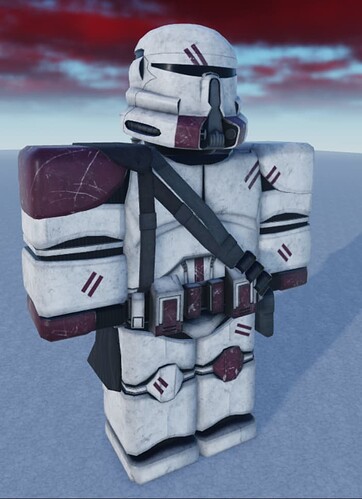 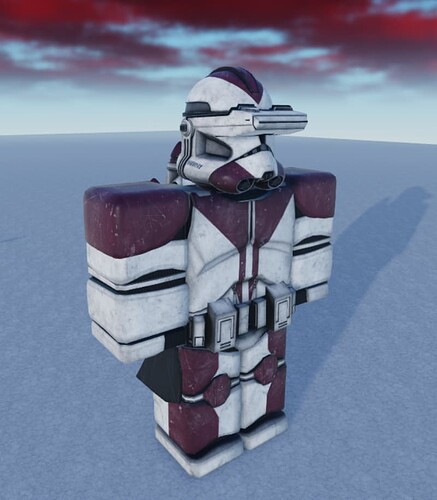 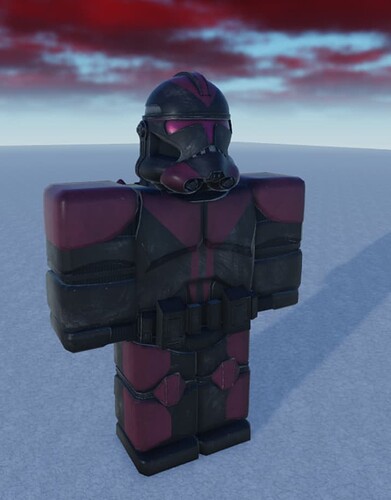 Trooper and 187th’s new morphs are based on their breif appearance in the Clone Wars season 7; 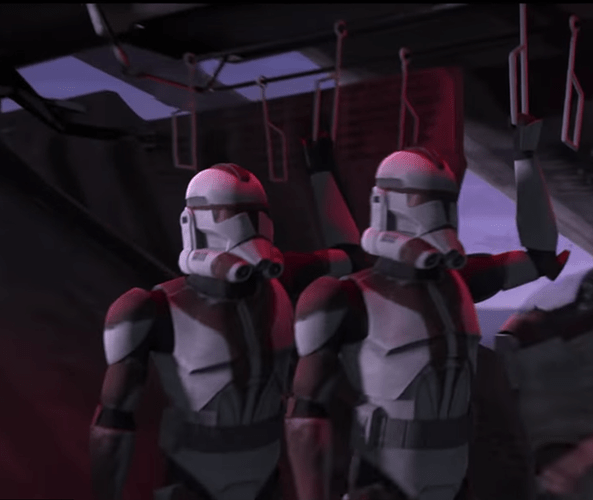