They will have several companies. One shall provide the clones in it’s company with heavy weapons, armor that reduces movement speed by 15 percent, and possibly a company that drives an A4 Juggernaut or heavily armored. 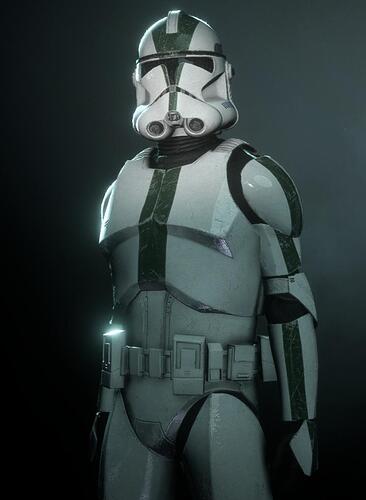 We don’t need this. Don’t vote for yourself

This is 41st, this guy can’t even find a proper picture

The photo provided by ‘Orangez’ is the 181st skin from Battlefront.

Attached below is a photo of the 41st Elite Corps from the same game. Attached below is a photo of the 41st Scout Battalion from the same game. the first one is not 41st

Thank you for clarifying it for them.

Should I balance it out more?

Divisions don’t tend to have such perks and disadvantages. Divisions and companies which are given perks are usually given shields or extra guns - not humanoid property changes.

It is. The battlefront 2 photo is the same as the old healing company for the 41st before the morphs were taken down.

YOU GOTTA BE JOIKIG BRUh